For most people, thinking of going on a safari vacation will have Africa pop up in their minds. While Africa’s world-renowned national parks and game reserves, and incredible wildlife watching opportunities are truly a sight to behold, Australia has its own stunning landscape and native wildlife viewing. Thus, making it a rising alternative destination to the typical African safari. From Kangaroo Island to the iconic Great Barrier Reef, here are the best places to go on safari in Australia. Dubbed as Australia’s version of the Galapagos Island, Kangaroo Island is the third-largest island in the country, which serves as a refuge to nearly 150 Australian native animal species. As its name suggests, it was named for the marsupial, specifically the subspecies of the western grey kangaroo that are endemic to the island.

The Hanson Bay Wildlife Sanctuary is located on the island, where you can see kangaroos, koalas, wallabies, echidnas, goannas, and many species of birds. Having an area seven times larger than that of Singapore, Kangaroo Island is home to other parks and sanctuaries like the Baudin Conservation Park, Cape Willoughby Conservation Park, Lashmar Conservation Park, and Seal Bay Conservation Park which also promise amazing and incomparable wildlife experiences. A UNESCO World Heritage and Australia’s largest national park, Kakadu National Park stretches nearly 20,000 square kilometers and covers a wide range of biomes from mangroves to floodplains, savanna woodlands, and lush rainforests. With such an array of habitats, wildlife is teeming and highly diverse, making it a perfect safari destination. Some of the well-known animals you could meet while trekking include wombats, possums, wallabies, and sugar gliders. Kakadu is also among the top places to spot birds as it’s home to a  hopping 280 bird species.

Apart from being a natural paradise for animal life, a bonus you can get from visiting Kakadu National Park is the chance to see over 5,000 Indigenous rock art sites and see the way of life of Australia’s aboriginal people. Famous for both its natural and cultural importance, Kakadu National Park is bound to astound you and uplift your spirit. Nestling in the heart of the continent’s Red Center, Uluru-Kata Tjuta National Park is another safari destination you shouldn’t miss. Visiting it is an adventure as it will take you to the deep Australian Outback, brimming with beautiful and sacred natural and cultural landscapes. It’s most famous for Uluru, also known as “Ayers Rock”, Australia’s famous large sandstone monolith, and the mystical Kata Tjuta, also called “The Olgas,” believed to have formed 550 million years ago.

Despite the region’s harsh conditions, hundreds of animal and bird species thrive in the national park. Here, you can see emus, dingoes, wallabies, and kangaroos roaming freely in the desert areas. Other truly amazing critters that survive in the unforgiving climate include thorny devil, the great desert skink, spinifex hopping mouse, and the greater bilby. Birds like the pink cockatoo and the rare bush stone-curlew also live in the park. Try to spot them all by taking a safari tour and exploring the iconic Uluru-Kata Tjuta National Park.

Flinders Ranges is a long, discontinuous mountain range running over 265 miles or 430 kilometers in South Australia. Visiting it on a safari tour will feel like exploring planet Mars, characterized by diverse terrains, deep craters, towering cliffs, and dusty roads. You can take a 4X4 tour to explore the area or join a four-day, three-night walk tour for a more immersive experience. Either way, you can see Australia at its pristine best. Plus, get the opportunity to see emus, red kangaroos, echidnas, bearded dragons, and various types of reptiles thriving in the unspoiled landscapes. Stretching about 413 miles or 664 kilometers from Torquay to Allansford, the Great Ocean Road is one of Australia’s most famous coastal and safari journeys. What awaits you are epic views from the rugged, dramatically changing landscapes and the great chance of viewing wildlife in the variety of habitats from rainforests to volcanoes and coastlines, located along the Great Ocean Road.

Stop at the Kennett River to spot koalas, king parrots, and kookaburras. Check out the Tower Hill Wildlife Reserve, an inactive volcano and one of Australia’s important ecological and geological sites, to see emus, ducks, swans, blue wrens, and lizards. If you want to see marine animals, visit during May and September to witness the annual migration of the blue whales and southern right whales. Australia’s largest island, Tasmania is best-known for its distinct wilderness and enthralling natural sights. With an area of 26,410 square miles or 68,401 square kilometers, a traditional game drive won’t suffice to experience all its offerings, so having a multi-day safari adventure is your best way to go.

It has 19 national parks so expect to see a wide range of animal life living in its temperate rainforests, dry midlands, alpine heathland, and surrounding waters. Yet, perhaps one of the biggest reasons to visit Tasmania is seeing the rare Tasmanian Devil, the world’s largest marsupial named for its unearthly screams, big sharp teeth, and fearsome, wide jaws.

Take a side trip to the Freycinet Peninsula and see the beautiful Wineglass Bay. Afterward, spend time on Picnic Island to witness seabirds, seals, dolphins, penguins, and whales. Tasmania is simply a magical place where exciting things are waiting for you to discover and explore. Part of the UNESCO World Heritage-listed Wet Tropics, the Daintree Rainforest is deemed to be the world’s oldest jungle, having existed for at least 135 million years. Having a safari tour at this wonderland located at the shore of the awe-inspiring Coral and meeting the iconic Great Barrier Reef is a hidden gem for nature enthusiasts and adventure seekers.

Trek through the forest and see its extraordinary beauty and the flora and fauna, many of which can be found nowhere else on Earth. You can also go on a zip-line to appreciate its marvel from above or explore the Daintree River to spot Australia’s saltwater crocodile. 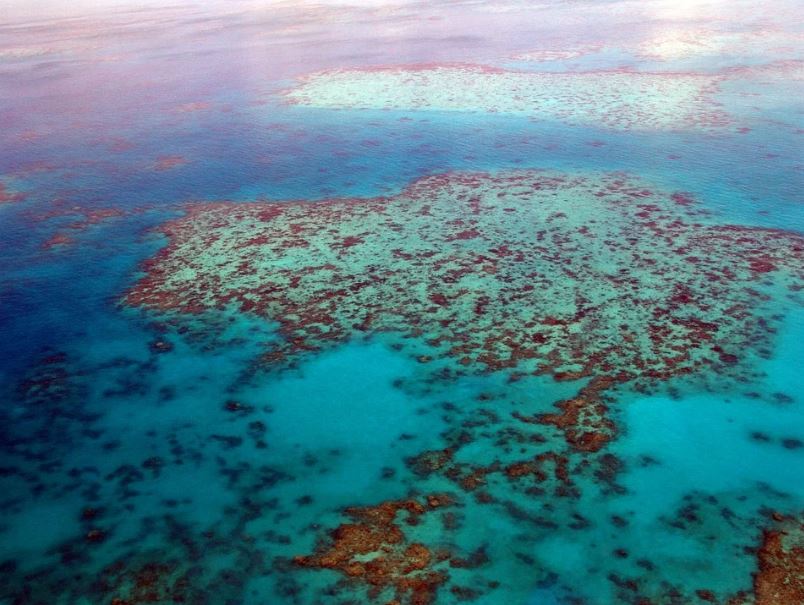 One of Australia’s main draws is the Great Barrier Reef, the largest reef system in the world, covering an area of 344,400 square kilometers and composed of 900 islands and nearly 3,000 individual reefs. It’s so massive that this living structure can be seen in outer space with the naked eye.

If you’re an animal lover, taking an ocean safari will allow you to see 1,500 species of fish, 30 species of cetaceans, 134 species of rays and sharks, and 17 species of sea snakes. The graceful Dugong or the sea cow and the living fossil Nautilus also call the GBR home. Listed among the 7 Natural Wonders of the World, there’s no reason not to include a visit in this underwater marvel to your Australian safari itinerary.

That’s the rundown of the best place to go on a safari in Australia, with each offering a unique and memorable experience. Make sure to try to visit them and enjoy Australia’s unrivaled landscapes and outstanding biodiversity, different yet as thrilling as any archetypal African safari adventure.